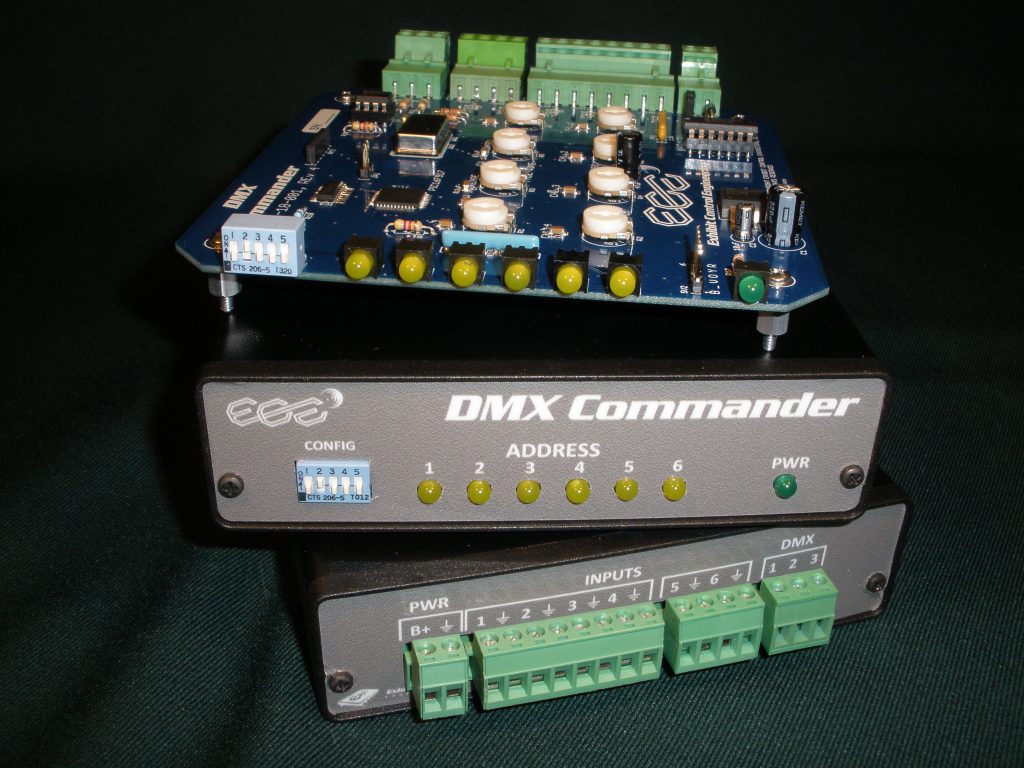 Would you like an economical way to incorporate DMX control into small, standalone museum exhibits?  The DMX Commander is a device that will set up six operational DMX controlled devices in a 6 to 24 DMX universe that can be configured to trigger in one of two modes: the first is contact closure/open collector outputs and the second method would be with TTL triggers.  In this second mode, any voltage greater than 2.5vdc (but less than 5.1vdc) will be seen as a high and below 1vdc seen as a low.

ECE sees one of the greatest applications for our DMX Commander are those situations where you would like to add active lighting to a Brightsign exhibit.  Using BrightAuthor, you can now program the GPIOs to toggle on and off during the BrightSign’s timeline controlling the DMX devices as the video is playing.  How many light addresses can be controlled … however many GPIOs your BrightSign device can have.  If you wanted a small, economical video exhibit that controls the house lights, the expense has been greatly reduced.  You could even do a simple object theater where, during the video, specific artifacts have synchronized timed illuminations at a fairly economical cost.  ECE thinks this would take these exhibits to the next level without breaking the bank.

Click on this link to see the DMX Commander’s Manual which explains all of its features and operation.